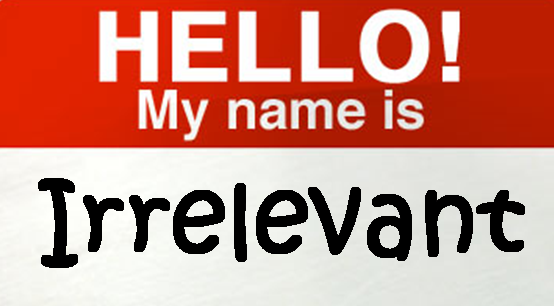 I am writing to explain to you why I will not be attending the Yeshiva of Flatbush 25th reunion of the class of '89 at Yeshiva of Flatbush. I could simply not attend, or make some sort of an excuse why I will not be there. While you might call my bluff if I said the cost of the event is too much for me, there are other ways I could falsely explain my choice. Still, I try, quite seriously, to not lie. Besides, the truth can often set you free.

Up until a few weeks back, I was still thinking of attending, but then I happened upon the show “Freaks and Geeks”. Freaks and Geeks aired for only one season nearly 14 years ago. It tells the story of two siblings, Lindsay and Sam Weir who attend McKinley High School. Lindsay, an upperclassman, is a bright girl who is trying to figure out who she is. She has started hanging out with the “freaks” the kids who are too cool for school, and like to party. Sam, a short and scrawny freshman, is a “geek”, as are his friends. The show was a big hit with the critics but a ratings flop. Similar to other shows like “My So-Called Life”, which also showed the complexity and pain of the high school years, too many people found it to be too painful to watch. Most people, it seems, like to live with the illusion of their teenage years having been pain, and even, angst free.

I very much identify with both characters, but if I am to be fully honest, I must admit that I was more like Sam than like Lindsay. I still remember the outfit I wore on first day at Flatbush, an ensemble that I hoped would make me look cool. Of course, my light purple Polo shirt was anything but cool. Even if it had been, my curly hair, which I still insisted on trying to part and straighten, and my wire glasses, would have marked me as a loser.

Having attended a small school in my neighborhood where social-classes were less pronounced, and the kids were, on the whole, nicer, I was not prepared for what hit me when I got to Flatbush. Although I was never physically bullied, the words that were used against me, wounded me deeply. I did not yet have the self-confidence and awareness to realize that I merely lacked work-habits, and was not stupid, which was what one boy in my class told me in many creative and hurtful ways. Instead, I seethed on the inside and took the insults silently, until the day that I couldn't take it anymore, and discovered that sometimes, getting physical is a good way to quiet a bully. He never said a mean word to me again.

A year later, having been bounced from the top honors class due to poor grades, I discovered a new problem. Although there were many great guys in my class, some of whom remain close friends to this day, there was a sharp divide between most of the boys, who were in the lower half of the social strata, and the girls, most of whom were in the cool group. Over the next three years, I found various ways of dealing with my daily discomfort including sarcasm, sulking, self-pity and finding a good group of friends, both guys and girls, outside of school. Even when, before my junior year, I finally ditched my nerdy glasses and started getting my hair cut at Astor Place in the Village, I never could get in with the cooler kids.

To be sure, most of them were not nasty, although there were a few who were quite mean. For the most part, I was irrelevant. I felt like a waiter working at a fancy country club. While some club members might be nice to the waiter and others might be nasty, most don't really think of him at all. By the time I reached senior year, I had mentally checked out from feeling part of my grade. I stopped attending optional events like Senior Night, as I knew that for me, the personal jokes would be anything but personal. I refused to be in group pictures for the yearbook, as doing so would have suggested a closeness that I did not feel. Other than the formal class pictures, where you would notice if you looked, that I am not smiling, I did not appear in a single picture in the yearbook.
I don't want to be fully negative. There were some good things that came out of my experiences in high school. As a teacher, including for some classmates children, I am more sensitive than most, towards the boy or girl who are left out. I frequently challenge my students when they claim that the grade is one big happy family. I believe that teaching my students that “Everyone is nice to their friends. It's how you treat everyone else that shows who you are” is at least as important as teaching them how to read the gemara, or discussing Hilchot Shabbat. I avoid the somewhat common occurrence among teachers, of focusing on the cool kids.

I could, of course attend the reunion and hope that the fact I am thin and in good shape would overcome my loss of hair. I could write a biography that would, like many profiles on social media, project an exciting and meaningful life, devoid of challenge and discomfort, but would anyone care? If a needy self-description falls amongst those who don't care, does it make any noise?

I was relieved to be contacted by a member of the reunion committee who was a nice guy back in high school, despite not being a friend. It would have been way to ironic to have a classmate who wasn't nice to me, pretend that my attendance at the reunion would matter for anything but boosting attendance. Still, I have decided not attend. While there might be a few people there whom I have not seen in many years who I would like to see, there are other ways to do so. I need not attend to see my good friends with whom I am already in touch. Simply put, I can not attend the reunion as there was no union to speak of the first time around.

I've changed my mind and will attend, to see why please click here.